How To Identify Cyberattackers Online

Protect Your Family from Cyber Attackers

Once you decide on a great high-speed Internet or home service and Internet bundle, you’ll need to take steps to keep your information safe before just rushing out into the world wide web. Conceptually, there should be no safer place than your home, but when your computer or home network is attacked by a hacker or virus, your whole family is vulnerable. Protect your personal information by recognizing the signs of a cyber attack and taking countermeasures to block hackers, viruses, malware, and more.

How to Recognize a Cyber Attack

Computer viruses and malware are more common on personal computers than a breach by a hacker, but that doesn’t mean you won’t get hacked. Here are common signs that your computer or home Internet may have been compromised.

How to Thwart a Cyber Attack

Now that you know what to look for, you need to know how to respond to an attack. Use these cyber attack countermeasures to protect your computer, home network, online accounts, photos, and other personal information.

Most cyber attacks start with some sort of malware or harmful download. At the first sign of a possible attack, use antivirus software to run a complete scan of your computer. Hopefully your antivirus software will detect the culprit and be able to repair and eliminate the threat. If you don’t current have antivirus software, be sure to put it at the top of your list. There is free software out there, but paid programs tend to be more reliable.

Because many viruses take control of existing programs to alter host computers, the next thing you should check is your computer’s memory use. PC users can access Task Manager through the Start menu or by hitting Ctrl+Alt+Del, while Mac users should open the Activity Monitor application. At the bottom of either program, you’ll see a number indicating your CPU activity. The average dormant computer should operate at about 10 percent CPU usage. If your usage is 90 percent or higher, you likely have an issue. 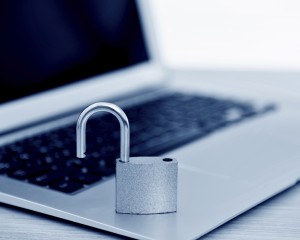 Remember: virus symptoms may not show the extent of the damage — if the root cause isn’t eliminated, cyber attackers can keep causing trouble. Take note of what alerted you to a possible attack, whether it’s unwanted pop-ups, new toolbars, or changed passwords, and try to determine where those issues are coming from.

As long as the dangerous program stays on your computer, you’re still at risk, so bogus software installs and extra toolbars need to be removed from your machine quickly.

If a hacker managed to glean any information or passwords while your computer was vulnerable, they may attempt to access your accounts long after the original threat is gone. Thus, any accounts with changed passwords need to be adjusted as soon as possible.

Computers and the Internet are integral parts of our lives, and we need to protect them the same way we safeguard our homes and vehicles. Keep this guide handy to remind you of what to look for and how to respond in the event of a cyber attack.