Internet Only. Simply all you need. 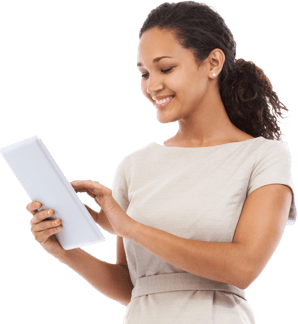 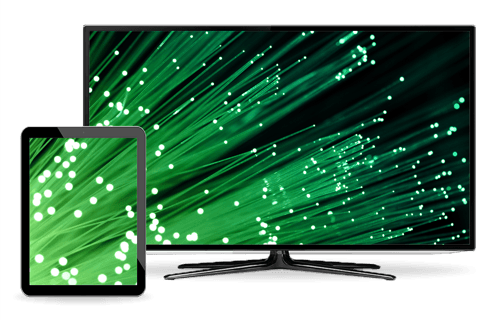 How Much is Stand-Along Broadband Internet?

Whatever speed you’re craving, CenturyLink Broadband Internet has you covered. Looking to have just a few devices connected to your Wi-Fi? Wanting one of the fastest speeds CenturyLink has to offer at up to 100 Mbps? Whichever plan draws your eye, the price is right there for you to see. Feel confident knowing that when you purchase CenturyLink Internet, you’re buying quality broadband internet for your home.

Select cities can even connect to the CenturyLink fiber-optic network, which offers speeds up to Fiber Gigabit in certain areas. Enter your zip code to see if Fiber Internet plans are available in your area

Is broadband the same thing as Wi-Fi?

No. Broadband refers to internet that reaches a certain download speed—typically 25 Mbps—while Wi-Fi refers to wireless internet. Connecting your broadband internet to a router broadcasts a Wi-Fi signal that allows you to access your high-speed internet without plugging in via an Ethernet cord.

What is the difference between a broadband and wireless connection?

The word “broadband” describes your internet speed while the word “wireless” describes the way you connect to the internet. Your broadband connection can be either wired or wireless, meaning you can get online by plugging an Ethernet cord into your computer or accessing your Wi-Fi (wireless) connection broadcast through your router. No matter how you get online, if you have broadband internet you should enjoy a high-speed connection.

What is the meaning of DSL?

DSL stands for “digital subscriber line.” If you have this type of broadband internet, you access the internet through your own dedicated line, usually the copper telephone cables that already connect your house to the telecommunications network. In contrast, if you have cable internet, you’ll share your internet connection with anyone else in the neighborhood who subscribes to your same internet service provider. DSL internet is one of the main types of broadband interne

How fast is broadband internet service?

How does broadband internet work?

If you subscribe to CenturyLink internet, DSL broadband internet reaches your house using existing copper telephone cables. You’ll use a cord to connect your telephone jack to your modem, a device that modulates the signals sent from the wider web to your personal internet connection and vice versa.

Broadband internet can be wired or wireless. You can connect your computer and modem with an Ethernet cord to access the internet, or you can add a router that broadcasts a Wi-Fi signal. A router ensures you can get online anywhere in the house on any web-enabled device. Many of today’s modems come with a built-in router.

Other types of broadband internet work differently than DSL internet. For instance, broadband satellite internet gets to you through satellite signals that can be interrupted by weather patterns and solar flares. Broadband cable internet uses pre-existing cables to connect your house to the internet, but these cables also connect you to others using the same internet service provider in your area. With cable internet, your speeds can vary based on how many other homes in the area are using the internet at the same time.

Yes, most DSL internet connections are fast enough to qualify as broadband internet. However, the FCC sets the definition of broadband internet, which means the speeds designated by “broadband” can vary from year to year.

How can I order CenturyLink broadband?

To get high-speed internet broadband internet from CenturyLink today, call 1-844-774-0910