Over the last couple of years, most of the major tech companies have been making a push for consumers to purchase standalone digital assistant devices for use in the home.

Google, for example, has teamed up with Walmart to offer competitive services to Amazon’s Echo, while Amazon has responded by offering access to both Apple’s Siri and Microsoft’s Cortana on the Echo itself.

Furthermore, Alexa, Cortana, and Siri are being made available as apps on other digital assistant devices. These moves can be seen as part of a new tech-war and—like most modern era tech-wars—this fight is about securing information.

Essentially, these digital assistants are becoming the central hub for the IoT in your home, and tech companies hope to utilize these hubs to create more detailed consumer profiles for all the individuals in your household.

Not only has voice recognition finally advanced to a point where these devices can understand you with little to no error, but Amazon recently announced that Alexa has the ability to correctly identify and store information on up to 10 different voices associated with your home.

While these tech companies haven’t expressly stated their intentions or goals for these devices, the general assumption is that better detailed consumer profiles will allow them to more accurately target consumers with ad content.

The flagship home devices like the Amazon Echo and Google Home are priced affordably, starting at about $100 and extending to about $300 for more advanced models. Smaller units with scaled features, like the Google Home Mini and the Amazon Dot are priced even more affordably and typically start at around $50.

While smaller, cheaper units may come with limited features it isn’t exactly clear if you’ll actually be limited by functionality, at least for right now. These less expensive units typically include most of the features that are popular with personal assistant devices, including the ability to play music, ask general questions, shop, and even install apps like web readers.

More expensive units promise higher features like complete IoT integration, but whether or not the personal assistant that you’ve chosen will actually integrate with all of your home appliances, lighting, or other smart home products might be more complicated than that.

Does it Make Sense?

Despite the advances in all of the technologies that digital assistants rely on, the inconvenient truth is that assistant technology is still in its infancy, and the infighting between tech-giants like Google, Apple, Microsoft, and Amazon isn’t limited to their own field.

Retailers, distributors, and IoT manufacturers are all attempting to create their own proprietary software, which may or may not include a digital assistant interface, and it isn’t clear whether any of these devices are going to play nice with each other.

Early adopters are probably all too familiar with this type of power struggle. However, since the primary benefit of digital assistants for both companies and consumers is dependent on integration, this phase of the process is likely very frustrating for anyone that has already invested in one system over another.

To Buy or Not to Buy?

If you’re envisioning an omnipresent voice that can hear and respond to all of your wants, needs, and desires, like a state of the art spaceship from a JJ Abrams movie—digital assistants just aren’t there yet.

The sad part is that the reason why we don’t have these things is not because the technology doesn’t exist, but because companies haven’t settled on how we’ll get there. And since all of the major players in this game have a vast stockpile of resources to match their egos, it may be a while before we do get there.

However, we have passed a point of no return, where this is no longer a question of if, but a question of when. In the meantime, you’ll have to decide if you’re comfortable with your digital home assistant only connecting with some of the IoT devices in your home and how much joy you derive from novelty features, like the ability to call out for music or tease a computer with your existential questions about life.

8 Ways to Boost Your Wi-Fi Signal 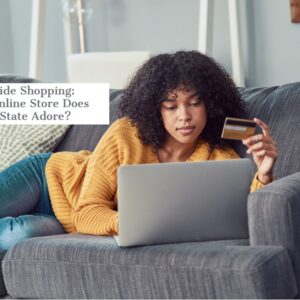 The Most Searched Online Shopping Store by State

50% of Americans say social media is good for their relationship

©2021 Internet Service Partners. All Rights Reserved. The name CenturyLink and the pathways logo are trademarks of CenturyLink.