Is Every Computer Virus Harmful?

Even if you have a great high-speed Internet service, if you spend time online, you’re never completely free of all the dangers that come from computer viruses. Just like the viruses that affect our bodies, computer viruses keep evolving and finding new ways to breach unsuspecting users. Since being introduced in the early ’80s, viruses have caused immeasurable damage to individual computers, email accounts, company data, consumer credit, and more.

Because “Elk Cloner,” the grandfather of all viruses, was considered a prank, some may wonder if every computer virus is harmful. The short answer is yes — at their best, viruses are unpredictable and exploitable; at their worst, they slow down Internet connections and wipe hard drives. But even though new viruses keep emerging, you don’t have to become a victim. Understanding the world of computer viruses and virus protection measures will help you defend your computer against potential attacks.

Viruses typically infect computers by masquerading as something benign, like an email attachment or a pop-up notification. When a user engages with the infected link or file, they’re essentially inviting the virus to work its way into their computer. If the attacked device doesn’t have an updated security program installed, the bug can easily make its way through various files and programs, wreaking whatever havoc its developer intended.

As increasing numbers of interactions happen in the digital sphere, viruses are becoming more prevalent and dangerous. Rombertik, one of 2015’s worst viruses, was designed to attack the heart of infected computers, ultimately leaving them in a perpetual reboot cycle. Another virus, Cryptolocker, hit Australia particularly hard, and citizens reportedly ponied up nearly $400,000 to buy back data that the bug’s creators were holding hostage.

One of the biggest threats in 2016 was known as “KeRanger,” a ransomware virus made to penetrate Apple® operating systems. The virus was delivered via a program called Transmission, and most users didn’t realize they were infected until three to five days after downloading the bug. Researchers at Palo Alto Networks warn that any user who downloaded Transmission between March 4 and March 5, 2016, could be infected. 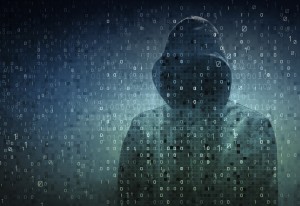 Computers aren’t the only victims of viruses or malware — smartphones and other connected tech is also susceptible. Just last year, for example, Android phones were plagued by a series of Trojan viruses hiding in third-party apps. The viruses were reportedly so difficult to remove that Digital Trends suggested that many users would find it easier to simply purchase a new phone than to try and oust the offending programs. You can also find information about some of the all time worst computer viruses here.

Protecting Yourself From Computer Viruses

Despite the pervasiveness of computer viruses, you can take steps to protect yourself. Remember, it’s better to prevent an infection altogether than to try and mitigate damage after the fact. Here are a few tips to help boost your computer’s defenses.