Silicon Valley isn’t the only hotbed of technology anymore. Today, tech companies in all industries — from healthcare and financial services to energy and robotics — are settling across the United States. Many states now have burgeoning tech centers accompanied by growing job markets. The following list highlights 10 of today’s top tech cities and will help you decide where to go and where to avoid. If you want a job in the energy sector, for example, you wouldn’t go to Silicon Valley — you’d head to Houston.

We explore the types of tech jobs you’ll find, which companies receive the most venture capital funding, and the average income for each city. Since Silicon Valley remains the most well-known and heavily funded tech epicenter, it’s not mentioned here. The focus is instead on cities you might not have heard of before, but should consider when looking for employment in tech.

New York City is viewed as Silicon Valley’s counterpart, hence the moniker Silicon Alley. You can explore opportunities with startups such as Ringly and Code Climate, as well as more established companies like Zeta Interactive, InterActiveCorp, and AppNexus. The cost of living can be high, so it may make sense to look into commuting from locales like Port Jervis. Living outside Manhattan means you won’t need to spend all your salary on rent and the bare necessities — plus, you may be able to work from home with CenturyLink ® High-Speed Internet.

Seattle’s lush landscapes earned it the title Emerald City, though the wizardry of the tech industry brings a new meaning to this nickname. The area is home to technology titans like Microsoft, Expedia, and Amazon. These three companies, as well as a growing number of startups, offer a range of employment opportunities. Seattle has a relatively affordable cost of living, and you can always find a great cup of coffee. Even better, you have access to 1 gig Internet and Prism TV with Seattle CenturyLink. 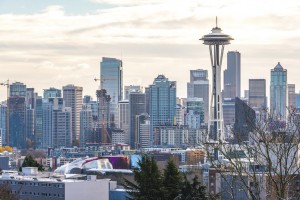 Austin, otherwise known as Silicon Hills, may be weird, but according to Forbes it is still a leader in tech and small business. Established employers range from Apple to Dell and from HP to Google, but abundant local startups are also in search of their next UX designers and Java developers. The cost of living isn’t cheap. However, you’ll still have plenty of funds left each month after your basic expenses to explore the Live Music Capital of the World.

“Portlandia,” a show highlighting Portland’s quirky side, crystallized the city’s unique culture. Maybe it is the influence of television, or maybe it is Portland’s environmentalism, cycling culture, and job opportunities. Either way, people are relocating in droves — which is great because CenturyLink in Portland also offers 1 gig Internet and Prism TV. As many of Portland’s employment opportunities are found in the tech sector — with companies like AirBnb and eBay — the city is nicknamed “Silicon Forest.”

Denver is one of the ten most entrepreneurial dense cities in America, and three other Colorado cities also make that list. The city is home to well-known companies like IBM, Oracle, and Lockheed Martin. If that doesn’t convince you to make the move, think about the hiking, skiing, and High-Speed Internet.

Raleigh is one-third of The Triangle, the name for the technology hub that also includes Durham and Chapel Hill. It’s a booming economic center and startups benefit from the guidance and support of the local university as well as organizations like HQ Raleigh. You’ll also enjoy affordable living, beautiful scenery, and 1 gig Internet with Raleigh CenturyLink. 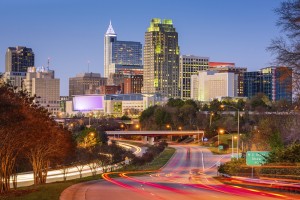 Kansas City, the Silicon Prairie that rests on the border of Missouri and Kansas, has received a lot of attention as a result of Google Fiber. However, growth in agriculture and biometric technology, as well as the financial service sector, is also helping Kansas City’s global image. If you’re looking for a location with low living expenses, high-speed Internet, and a variety of strong technology companies, Kansas City is the place for you.

Salt Lake City is another up-and-coming technological city. It currently ranks fourth on Forbes’ list of best cities for tech jobs. Along with the growing job market and low cost of living, you can take advantage of Silicon Slopes, a nonprofit organization named after the area that spreads the word about Utah’s tech-friendly culture. You’ll always have high-speed Internet and cable TV, too, with Salt Lake City CenturyLink. 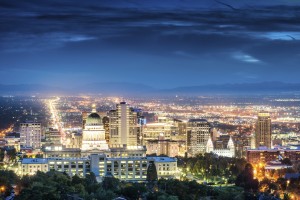 Texas cities make many technology lists, but Houston is the place to be if you are interested in energy or aerospace. You can find employment with Deloitte, ExxonMobil, NASA, and a number of other startups. While you may hear complaints about traffic, you do get the perks of high-speed Internet and coastal living.

Cincinnati is starting to turn an economic corner. It’s home to a number of Fortune 500 companies, including Procter & Gamble and Siemens, as well as a growing startup ecosystem. Along with high-speed Internet, the city has a rich history to explore: you’ll find statues and monuments all around Cincinnati.

Whether you’re looking for work in the technology industry or simply a change of pace, the 10 cities listed above are great options. You’ll find relatively affordable living conditions in most, and all have entertainment with the best Internet access you could want. If you have questions about Internet availability in any area, give CenturyLink a call at 855-640-4510.