Which Simply Unlimited Internet speed is right for you? CenturyLink offers multiple speed options. Explore your choices below.

What is a good Internet Speed?

How to Interpret Speed Test Results

How to Get Faster Internet

What Is a Good Internet Speed

Remember when getting online meant getting off the phone? Back then, a “good” internet speed meant a less-than-lightning-fast 56 Kbps, or kilobits per second, if you were lucky. Most households could only access between 40 and 50 Kbps until broadband internet changed the game by introducing speeds up to 1.5 Mbps, or megabits per second, the equivalent of 1500 Kbps.

In the intervening decades, our expectations for what constitutes a “good” internet speed have changed. Most households can access the basic speed necessary to stream movies (5 Mbps), but in some neighborhoods, accessible speeds can climb to 100 Mbps or even up to 940 Mbps in areas with fiber-optic internet.

A higher speed is objectively a better speed, but what counts as a good internet speed for you? The answer is a little more subjective and depends on both your household size and what you do on the internet.

Live on your own? Anything from 10 Mbps on up will do, though 20 Mbps or more will give you the bandwidth to game, stream, and run several devices (like your phone, your smart TV, and your laptop) at the same time. Member of a large, device-heavy household? The more devices and users, the more bandwidth you need, so choose a speed plan up to 40 Mbps or 100 Mbps to accommodate everyone. And if you spend hours a day or week playing online multiplayer games or engaging in other high-bandwidth activities, you’ll want 100 Mbps or even up to 940 Mbps (if it’s available in your area) to keep latency low and rankings high.

A megabit is 1,000 times faster than a kilobit, and a gigabit is 1,000 times faster than a megabit, but what does that mean for real-time internet speed? Typically, the higher your bandwidth, the faster you can download content; with up to 940 Mbps, you can download a 2-hour HD movie in just 18 seconds. On average, the same activity would take 13 minutes at 20 Mbps, 3 minutes at 80 Mbps, and 2.6 minutes at 100 Mbps. (In case you’re wondering, a 2-hour HD film has an average file size between 2 and 5 GB, or gigabytes, which measure file size and storage space, unlike a gigabit, which measures speed.)

Your upload speed determines how quickly data travels from your devices at home to another space on the web. The faster the upload speed, the faster you can send an email, post to Instagram, or update a blog. Most of these activities take very little bandwidth.

Not sure if you have good upload and download speeds? Test your speed a few times in a row; results differ if you’re hardwired to the modem (which will give you a more accurate result) and based on how many devices you’re using. For best results, hook up the Ethernet cable, make sure your device isn’t downloading applications in the background, and disconnect all devices except the one you’re testing.

Online speed tests like the CenturyLink Speed Test Tool and speedtest.net send a piece of binary data from the test’s server to your device and back again. Based on the time it takes the data to return, the test calculates crucial speed components like upload and download speed, and ping time, terms we’ll explain further down.

A ping time is how long it takes your network to react to contact from another server. The lower your ping, the better: 20 milliseconds and lower is considered an excellent ping, while 150 milliseconds and above indicates a noticeable lag.

When multiple household users are online simultaneously, each user gets a slice of the bandwidth, resulting in slower speeds for everyone. If you have a large household, upgrading to a faster speed may solve your problem. If switching speed plans isn’t an option right now, try limiting the number of people who can be online at the same time.

When you get online, do you focus on one task at once? Or do you pull up movies while updating programs in the background, chatting with friends, and googling the next game to download? Multitasking slows your internet speed, so if you want to up the signal, tackle a single activity at once. Don’t run any background tasks and close any apps you aren’t using.

Using multiple devices at once has the same impact as connecting multiple users: the more web-enabled devices you’re using, the less bandwidth you have to accomplish each online task. Your game console, laptop, tablet, smartphone, and desktop computer don’t all need to be online at once, especially since they may be updating quietly in the background, absorbing a lot of your bandwidth. 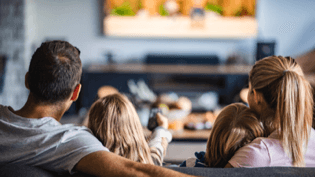 If you spend time online streaming your favorite these are the minimum speeds you need to achieve the noted quality levels: 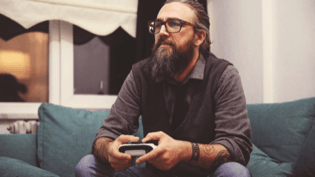 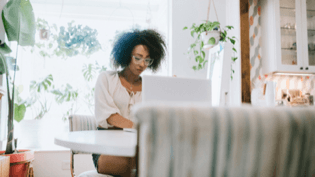 If you telecommute, your bandwidth needs vary depending on the type of work you do, but some common work-from-home activities require these starting speeds: 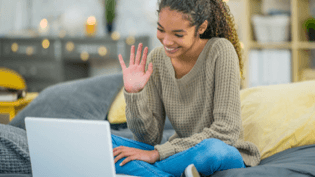 Whether you work from home, are in a long-distance relationship, or have friends and family members scattered across the country, you’ll want these speeds to place video calls: 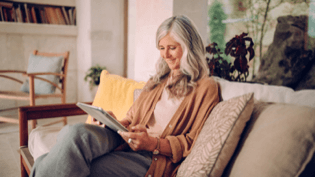 Depending on your most common online task, you can get by with fairly low minimum speeds: 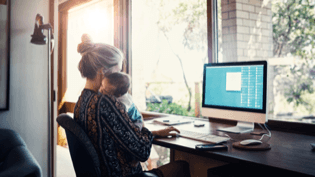 If work requires you to download and upload large files or if you frequently add new software packages, you might need higher minimum speeds than more general users:

CenturyLink offers multiple speed tier plans including: All speeds up to 100 Mbps and Fiber Gigabit (listed speeds may not be available in your area.) Speeds up to 20 Mbps are perfect for those with one or two devices and basic internet needs, including general browsing and streaming. Speeds up to 100 Mbps are just right for those with larger households, multiple users and devices, and frequent HD streaming needs. And if you want near-instantaneous downloads and next-to-no lag, Fiber Gigabit will take your internet experience to the next level.

Maximum download/upload speed of up to 940 Mbps via a wired connection.

Not sure why you need more than the minimum speeds listed above? The minimum speed isn’t the same as the best speed. While 1 Mbps is enough for basic emailing, browsing, and social media, downloading a web page at that speed will take several seconds. For faster connections you can share with several household members, start with up to 10 Mbps and complete simple tasks without frustration.

Get the Speeds You're Paying for with These Tips

Just like highway traffic, internet traffic can get congested. Phone or computer apps could be running in the background when you’re not actively using them, or you might have too many devices hooked up to the same network at one time, especially if you have smart home security. Try disconnecting unnecessary devices from the internet when they’re not in use.

Wi-Fi signals can travel through walls and between floors, but they’re stronger when they don’t have to. If your modem or router is in the basement, move it closer to your most frequently used devices. Place your modem on a shelf and remove obstacles that could block the signal.

Do you have the most up-to-date equipment? If not, you probably aren’t getting the fastest possible internet connection. Check with your internet service provider if you have outdated equipment and make sure to always update routers to the most current software.