Streaming Services: How Your State Listens to Music

Streaming Services: How Your State Listens to Music 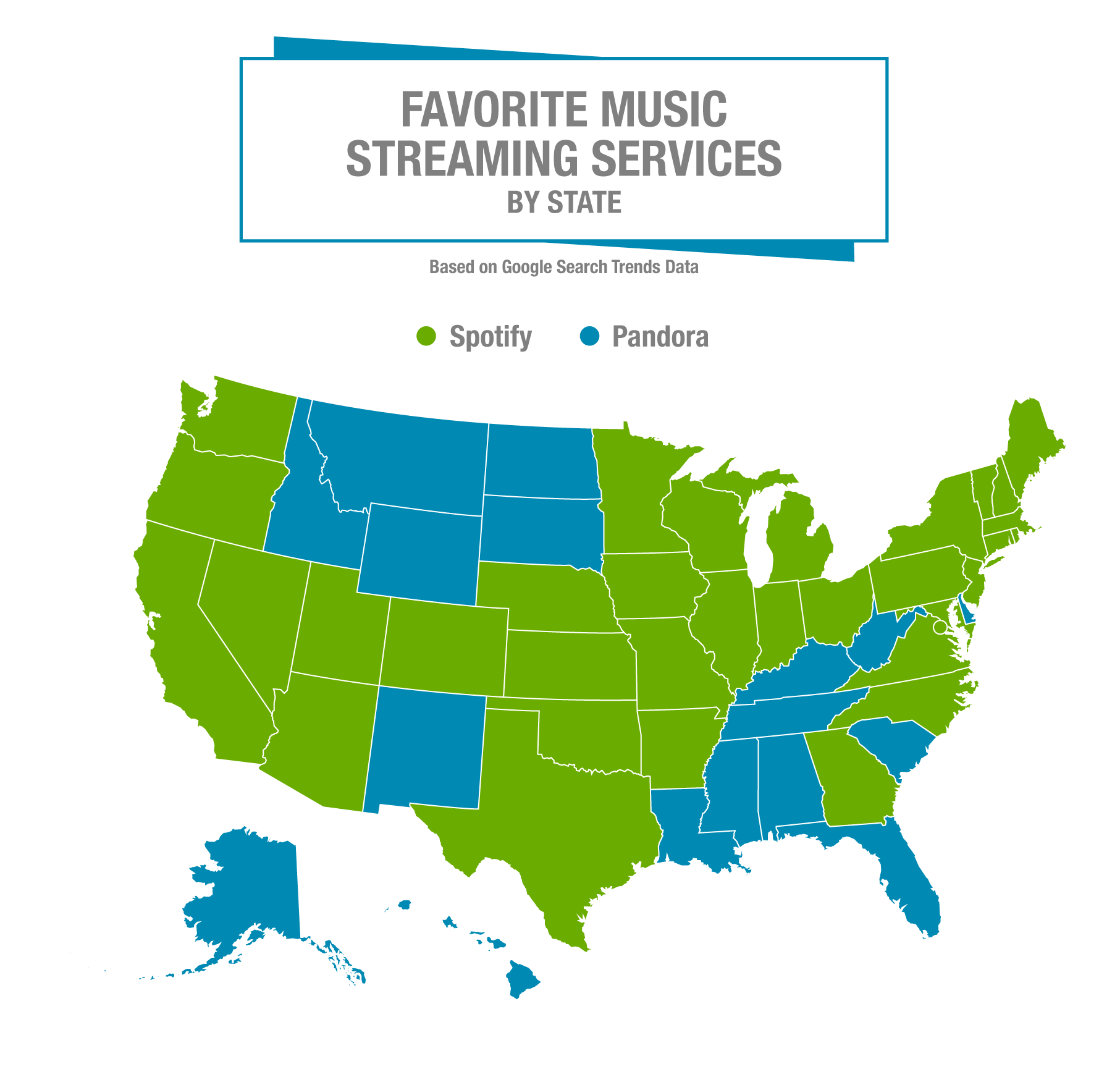 While Apple Music™, Amazon Music™, and YouTube Music™ are building market share, there are still two major competitors at the top of the heap. Pandora™ vs. Spotify™ joins Coke vs. Pepsi, McDonald’s vs. Burger King, and Taylor Swift vs. Katy Perry in the rivalry ranks as the two streaming services battle to be the best.

When asked which service was preferred nationally between the two main competitors, Spotify came out the winner beating Pandora by 32%.

Once it came to the individual states’ preferences, we tested five specific streaming services: Spotify, Pandora, SoundCloud™, iHeartRadio™, and Apple Music. Pandora and Spotify still remained in the lead as the go-to streaming services. 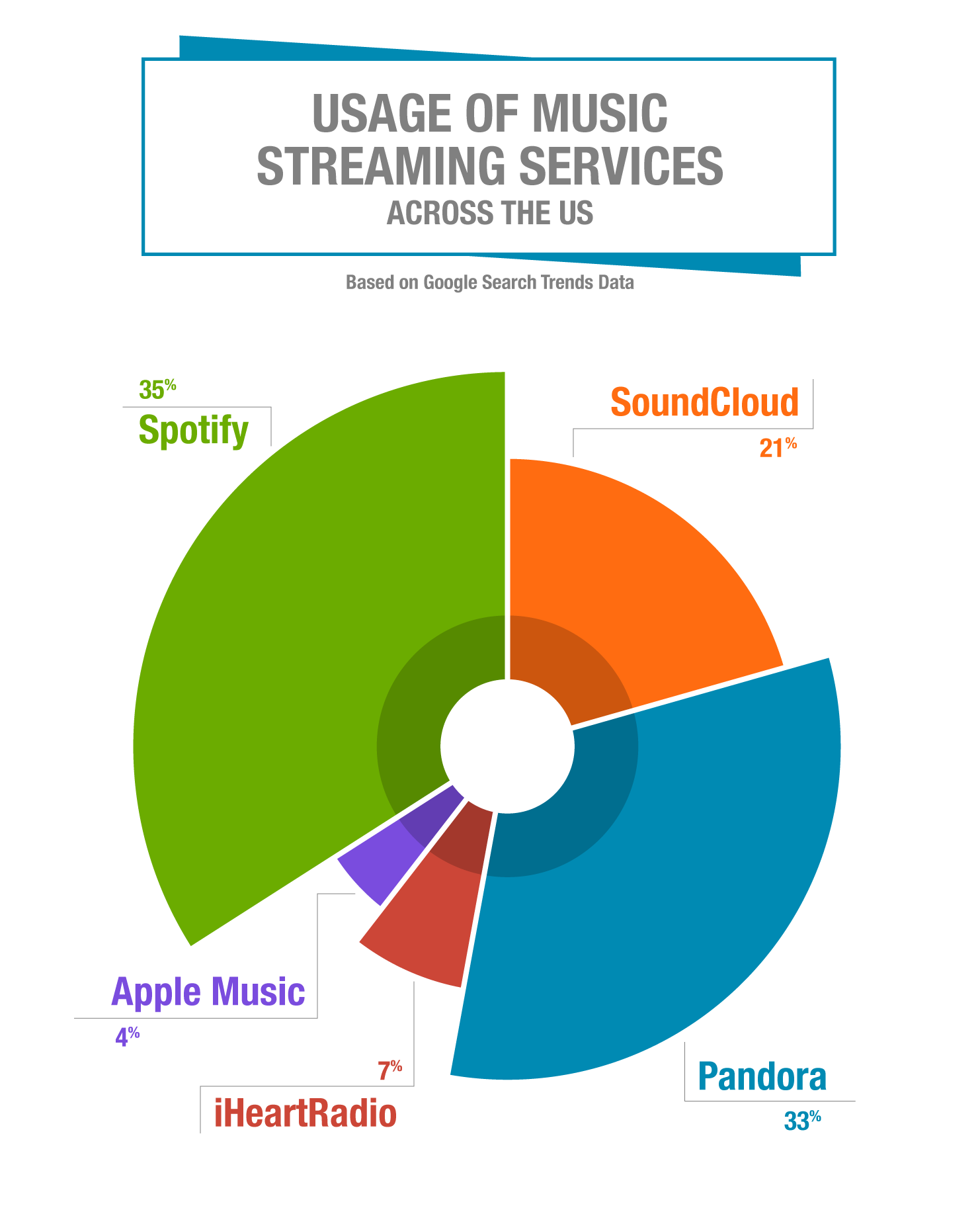 Did you know that despite California being the headquarters of Pandora, the state prefers Spotify? In fact, major cities have an even stronger preference for Spotify over Pandora than the country as a whole. And while Spotify, Pandora, and SoundCloud are declining, Apple Music and iHeartRadio are rising ever so slightly.

While iHeartRadio (2008) and iTunes™ (2002) have been around for quite some time, it is important to note that both of their on-demand streaming services—iHeartRadio All Access (2017) and Apple Music (2016)—are relatively new, especially when comparing them to Spotify that launched in 2008 and SoundCloud in 2007.

Pandora was also late to enter the on-demand streaming market, but they are among the oldest streaming services in general, having made radio-style streaming available as early as the year 2000.

The Best Choice in Music Streaming

Ultimately the choice in which music streaming service works best for you is a matter of personal taste. Maybe you don’t mind the commercials and just want the free radio provided by Pandora or iHeartRadio. Or perhaps you like the accessibility and ease of downloading and making playlists in Spotify or Apple Music, even if it does mean having a bill each month. Despite the continued growth of the lesser known streaming stations, it’s good to know that as a country the battle between Pandora and Spotify will live on no matter how many new streaming services we will continue to see.