The Safest and Most Dangerous States for Telecommuters - CenturyLinkQuote
Order Online

The Safest and Most Dangerous States for Telecommuters

With so many Americans working remotely, telecommuting has soared through the roof this year. Instead of hopping on a train, bus, or into a car to get to the office, many Americans are using programs like Zoom to join meetings and collaborate from home. As convenient as working from home may be for telecommuters, it also poses serious security threats for companies.

At the start of lockdown, hackers had a heyday exploiting sensitive company data from unsecured remote employee devices. In fact, data breaches and hackers increased by 400% at the beginning of the pandemic. With data breaches on the rise, companies everywhere are still struggling to secure their employees’ devices from a distance.

We wanted to know which states were best prepared for telecommuting before COVID-19 hit. Which states set up their companies for the most success?

The team at CenturyLinkQuote analyzed the number of data breaches, phishing attacks, malware attacks, internet privacy laws, and more in each state (along with the District of Columbia) to determine the safest and most dangerous places for telecommuters. According to our findings, Vermont is the safest state for telework and Wyoming is the most dangerous. 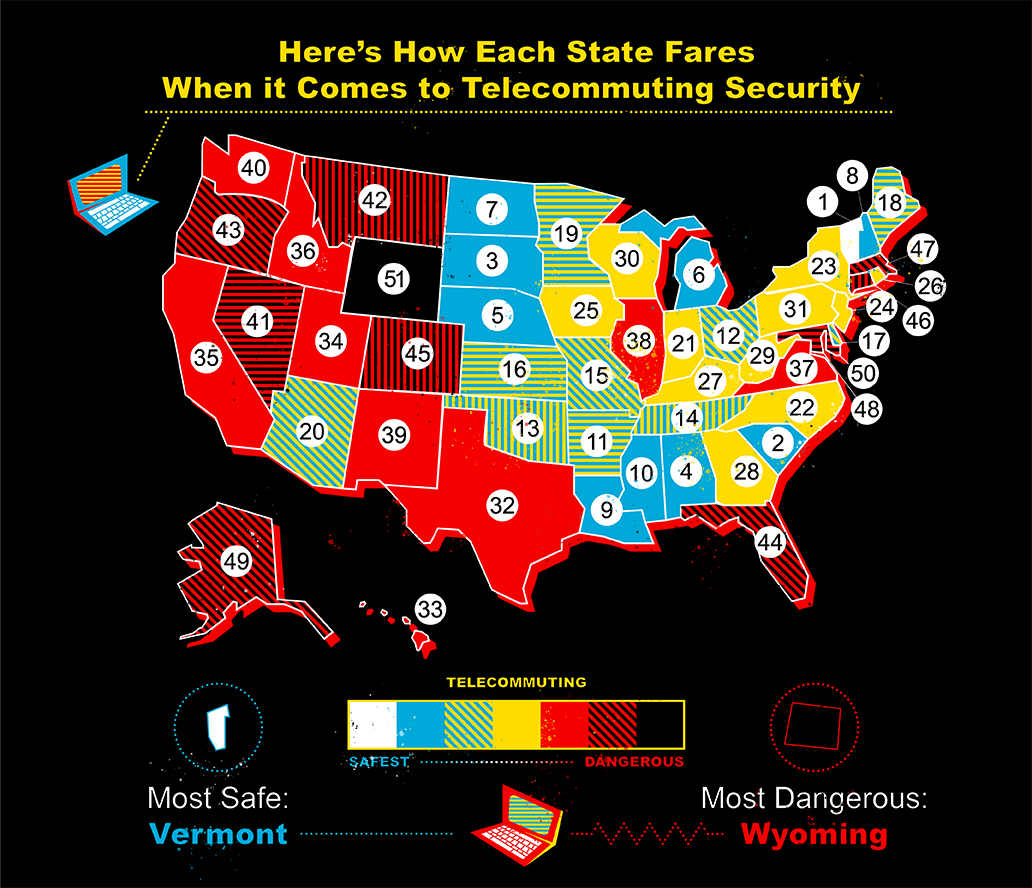 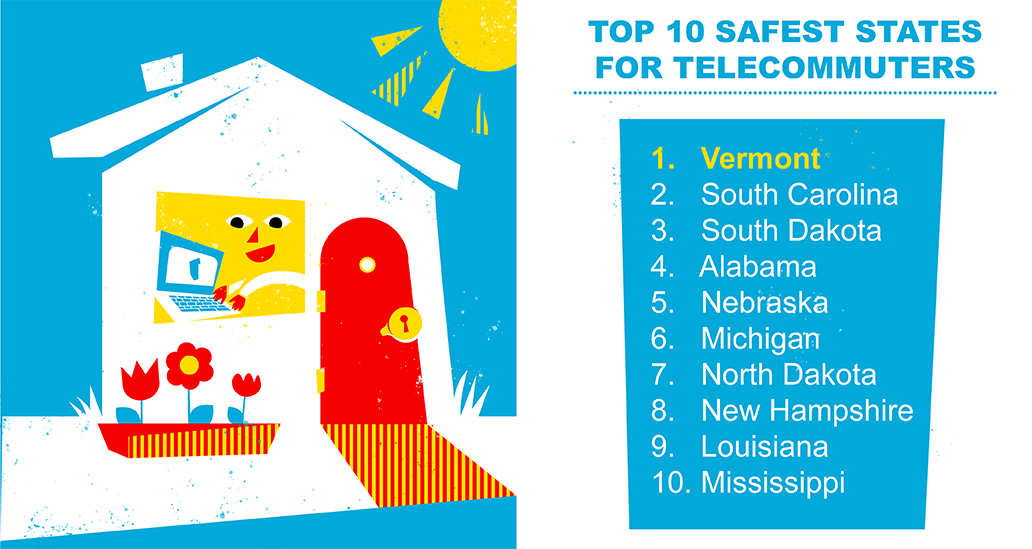 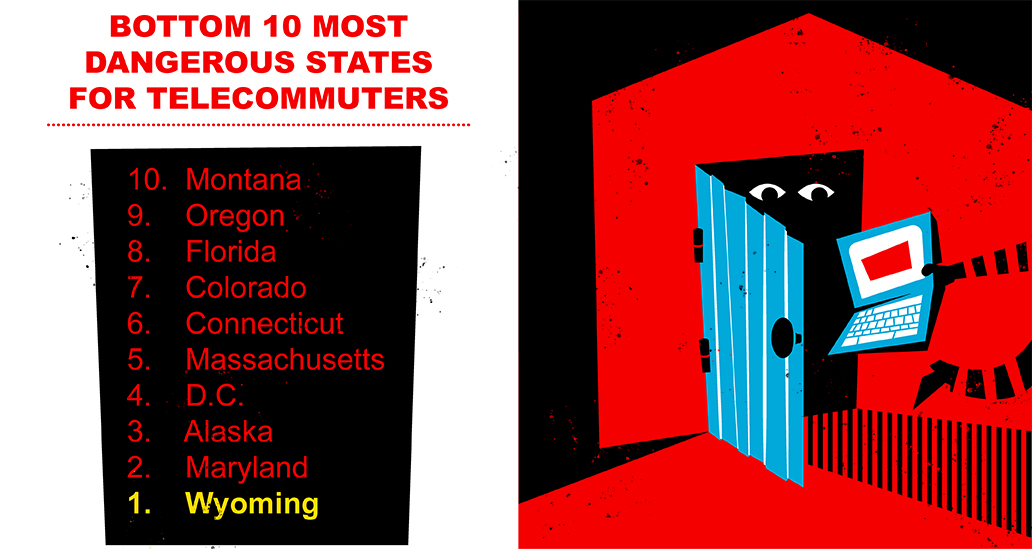 To rank the safest states for telecommuting, we analyzed five categories:

From there, we obtained the total number of victim counts and losses per 100,000 people for each category (except the privacy laws) and normalized the total from 0–1 to to obtain a final rank. The higher the score, the lower the ranking.

©2020 Internet Service Partners. All Rights Reserved. The name CenturyLink and the pathways logo are trademarks of CenturyLink.