What Is Antivirus Software?

In 2014, more than 317 million new computer viruses, worms, trojans, and other malicious software — also known as malware — were released, which is the equivalent to nearly one million new threats each day. As a result of so many viruses flooding the Internet at large, it’s possible that nearly one-third of the world’s […]

Anyone familiar with the Internet should have come across websites that talk about using cookies to enhance the user experience at some point. Some sites even ask permission to continue using them. In those instances, a choice lies before you: give away some privacy to gain a possible benefit, or keep your privacy at the […]

How Do I Check What Operating System I Have?

A computer’s operating system (OS) — the software that supports the computer’s basic functions — has a variety of responsibilities, including managing memory, external devices, and applications. Computers generally come pre-loaded with an OS, so you don’t need to worry about purchasing one separately, though it is possible to upgrade or change systems. Knowing what […]

What Is an External Hard Drive? 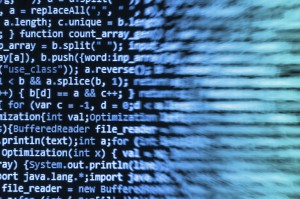 If you’ve used a computer for any amount of time over the past few decades, you have likely seen notices or pop-ups about Java updates and patches. But do you know what those prompts are referring to? This article will take a closer look at the basics of Java in both web design and everyday […]

What Is an Ethernet Cable?

Whether you are using internet services from CenturyLink to set up a network for your home or business, you need a reliable connection. Even with a great Internet plan or Internet and home service bundle, something as simple as a missing Ethernet cable could cause your service to perform at less than optimal speeds. An […]