Which Next-Gen Gaming Console is America’s Favorite? Here are the Ones Americans Searched Most

The next generation of the PlayStation and Xbox are flying off shelves, and rumor has it the new and improved Nintendo Switch will release soon. For serious and casual gamers alike, this adds to the ever-evolving debate: which gaming console is the best on the market?

Nintendo lovers will tell you Nintendo Switch’s upsides (flexible controller and ultra-fast loading capabilities) outweigh its downsides (crummy battery life and occasional lag on the Joy-Cons). PlayStation 5 (PS5) devotees will rave about the console’s stunning visuals and system specs. Of course, Xbox fans will throw money towards the Series X and Series S, thanks to Microsoft’s signature affordable yet attractive models.

As it turns out, only 16.2% of the gamers we surveyed plan to buy a new gaming console this year‚ but of those in the market, the overwhelming majority plan to drop cash on the PlayStation 5. 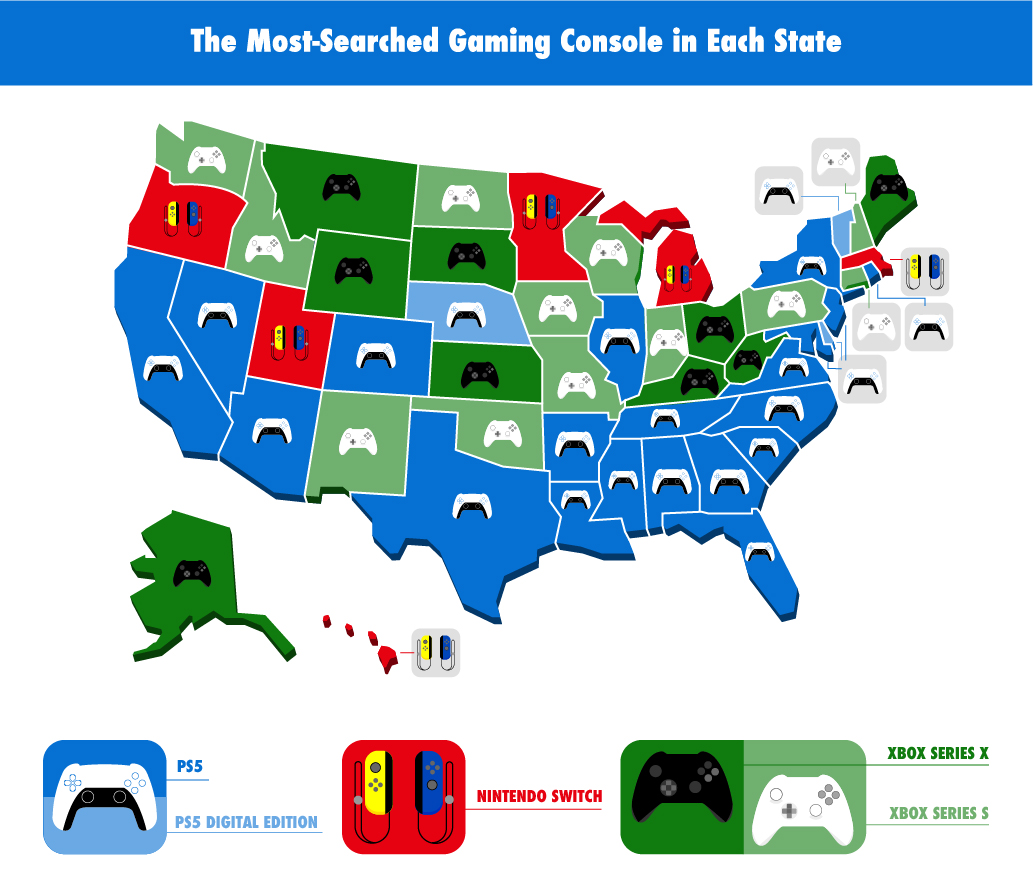 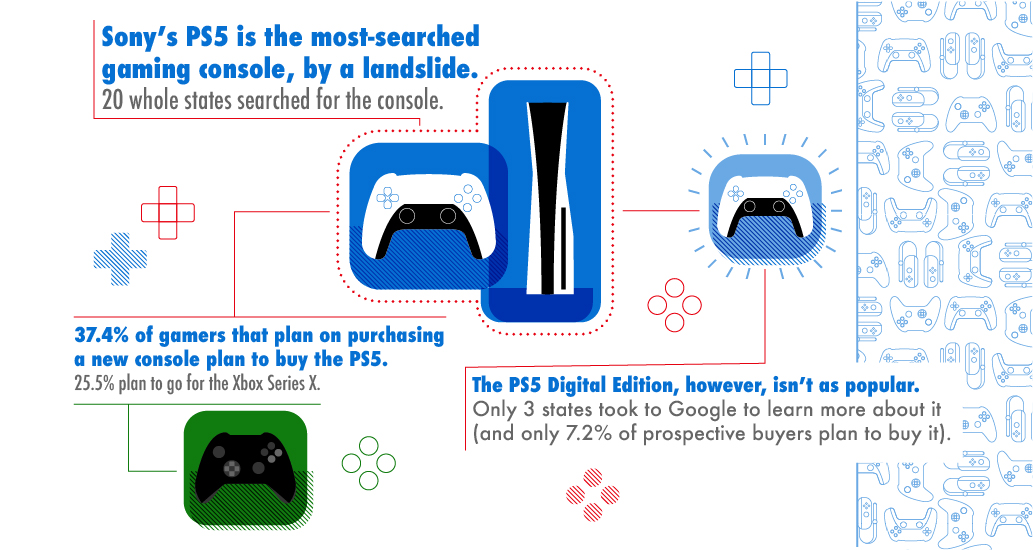 Why the Results Played Out the Way they Did

The team at Centurylinkquote.com surveyed 2,848 people on Mouseflow to find out how many people plan on buying a new console and which console they plan to buy.