The early days of home Internet service included screeching dial-up modems and painfully slow speeds. Even simple email was not widely available. Graphics were rudimentary, consisting of only a few colors because there was just not enough speed to efficiently transmit photos, voice, music or videos. High-speed residential Internet service paved the way for exponential technological advancements of Internet-connectable devices. Today’s broadband Internet service to residential customers makes it possible to have homes with multiple devices and appliances connected to a vast and growing global network.

Broadband wireless Internet service in homes today is so prevalent that people are often not aware of all the technology that uses it. Computers, tablets and smartphones obviously connect to the Internet, but satellite receiver boxes, IP surveillance cameras, many DSLR and point-and-shoot cameras, security systems, game consoles, video and music streaming devices and televisions do as well. Home automation equipment including thermostats and door locks are controlled by mobile apps over home Wi-Fi networks. There are even light bulbs made that communicate with mobile apps to control household lighting. Major home appliances from clothes washers and dryers to refrigerators are available that connect to the Internet too. Faster home Internet service is needed for today’s connected homes.

Home Internet service speeds are more important today than ever before. Just a few years ago, homes usually had one desktop computer connected to the Internet that everyone shared. Now, home occupants even connect their smartphones to home Wi-Fi to avoid cellular data overages. Everything from children’s toys to wireless printers use a portion of home Internet service. Think of the Internet service to homes as pipes carrying water. More water can flow through pipes that are bigger. It would take a long time to fill a bathtub through a pipe the diameter of a drinking straw, but it only takes seconds for a fire hose to do it. Faster Internet speeds, usually measured in megabits per second (Mbps), means having bigger pipes, or pathways, carrying data instead of water. Faster Internet speeds means less time spent waiting for downloads to complete and can eliminate issues with streaming movies, videos and TV programming.

Another advantage to faster home Internet service is the quality of the data received. Streaming movies is an excellent example. Streaming brings in a small amount of the video data at a time. Televisions, streaming players, tablets, smartphones, computers and even satellite on-demand programming can use streaming to deliver movies in full HD quality. When the play button is pressed to view a movie in HD, the device looks at its connection speed to the Internet and decides on the best speed to use to provide the content without buffering, pixelation or losing the connection. Not all high speed home Internet is equal. The faster the speed, the better the quality of the streamed content. Slow Internet results in streaming defaulting to lower resolution formats or lagging that results in those dreaded buffering delays while the download stream catches up. Plus, slower Internet speeds limit how many devices can stream data at one time.

Live interactive games can be played on smartphones and tablets, but hardcore gamers use game consoles or tricked out computers with advanced graphics processing hardware for the most vivid and realistic gaming experiences possible. Today’s gamers also wear headsets to communicate in real-time with their online gaming teammates. However, even the coolest live interactive gaming device is limited by its connection speed to the Internet. Better broadband can eliminate voice communication distortion and dropouts, lagging, freezing and other problems that seriously frustrate gamers. Faster Internet lets talented players develop and showcase their gaming abilities.

CenturyLink is one of three leading telecommunications companies in the United States that offers a range of broadband, voice and partners with television services to suit customer needs. CenturyLink’s Pure Broadband Internet provides high-speed service without the need for customers to subscribe to separate home telephone lines. CenturyLink Fiber Internet service is available in select cities for homes and businesses. Fiber Internet service availability depends on customer home addresses. This is faster Internet than many businesses have and allows for extremely fast downloads, HD streaming to multiple devices at the same time, and unleashed online gaming experiences. The Gigabit service also offers matching upload speeds for a true Internet experience.

50% of Americans say social media is good for their relationship

Which Next-Gen Gaming Console is America’s Favorite? Here are the Ones Americans Searched Most 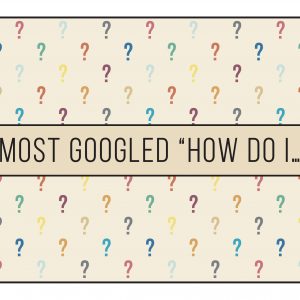 Americans Need Help with Their How-To’s. They’re Turning to Google For Answers.

©2021 Internet Service Partners. All Rights Reserved. The name CenturyLink and the pathways logo are trademarks of CenturyLink.