Cloud computing is fast becoming a commodity, with price wars a natural result of a competitive market. Amazon, just a couple short years ago, Amazon was the overwhelming leader in the industry, generating an impressive $7.88 billion from its Amazon Web Services (AWS) in 2015 — Q4 even experienced a 69.37% year-on-year increase against Q4 2014, according to a recent earnings call. But early in 2016, Amazon’s competitors, namely the Google Cloud Platform (GCP), announced price cuts as a way to level the playing field.

When people talk about the Cloud, it can be easy to imagine a server stored in a Mythical Realm, far from the prying eyes of Men. The truth is much less fantastical. The Cloud is merely a global network of large, highly secure, and efficient data centers — basically, many, many computers housed in warehouses around the world. 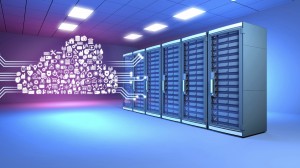 Most Cloud providers offer one of three different layers of services:

Both Google and Amazon offer IaaS services and aim to serve the SaaS market for end-users as well. Both companies have been investing heavily in infrastructure and are aiming for “hyperscale.” Hyperscale is a global portfolio of data centers designed to serve worldwide demand, ensure customers can access the Cloud wherever they are, and stay competitive.

In general, single powerful data centers (along with redundancies and backup centers, in case of failure) serve specific regions. AWS has four regions in the United States, and thanks to its “virtuous cycle” — a reference to the fact that more customers means more servers, resulting in greater economies of scale and enhanced enterprise appeal — has 12 regions total (with five more planned), compared to Google’s four worldwide.

Price wars are nothing new when it comes to Cloud services. One of the benefits of hyperscale global infrastructure investments is that customer acquisition generates cost savings. These savings are passed on, forcing competitors to cut costs or improve services, or both.

In typical Google fashion, the company has forced Amazon to increase innovation and competition.

How to compare Google vs. Amazon

Although Cloud services are often thought of as modern-day utilities (not unlike Wi-Fi and broadband Internet), direct comparisons between providers are difficult to make. Strictly speaking, utilities don’t come with different features. As far as consumers are concerned, the water, gas, and electricity that run into our homes and offices are the same the world over, regardless of who provides it. All that differs when it comes to utilities is the price.

Cloud services, on the other hand, are not comparable — and may never be, given that each Cloud provider is attempting to win over customers with new features and capabilities. To avoid confusion, Cloud providers, journalists, and benchmarking services have been working hard to put together direct comparisons.

Google’s price comparison earlier in 2016 wasn’t the first time they sought to highlight the benefits of their Cloud versus AWS. In 2015, they commissioned the Enterprise Strategy Group (ESG) to compare the two. The study found that GCP’s on-demand pricing was 44% lower than the best-case AWS reserved instance pricing.

Google has also made an effort, mainly to differentiate itself from Amazon, to simplify its pricing. Amazon is often criticized for its confusing buying options, including on-demand prices, spot prices, and reserve fees. One way that Google sought to offer lower prices was to provide preemptible virtual machines, which offer short-lived compute instances with the caveat that Google may shut them down at any time if they need the resources for other tasks. These preemptible VMs are 70% cheaper (they cost around $0.01 per hour) than other GCP services.

Google still has a long way to go to catch up with AWS. At the same time, Amazon may have to reduce and simplify its pricing to avoid losing customers to Google. And both have to be wary of Microsoft. For customers, whether you are a startup or enterprise, this global Cloud war will continue to generate benefits, from cheaper pricing to more innovative services.

If you’re in the market for cloud services, remember that no matter which provider you decide to go with, your experience depends heavily on your existing internet connection. Learn more about CenturyLink High-Speed Internet and Internet Bundle options that are currently available in your area right now!